SNAKES is: Brett Netson of Caustic Resin and Built to Spill

By paying the $6 advance ticket price you have perpetuated the additional opportunity to invest your savings in the materials necessary for the construction of the tinfoil antennae apparatus explicitly recommended by the alien overlords who have secured the channels of transmission on the night of Monday, February the 8th via the audio output mediums expressed by This Blinding Light, Brett Netson & Snakes, Shitty Person, and Bill Horist. In terms of absolute economy, it's a steal.

Sissy Spacek made its first recording in June 1999. From its blur-grind conception, through concrète experiments, finally coming full circle and re-emerging as a live grindcore band, Sissy Spacek’s unprecedented results are well catalogued with over 50 releases. Commonly described as "noise-grind," lead by John Wiese and Charlie Mumma on drums.
https://www.facebook.com/events/996244523775866/
Posted by Ordinary Fanfares at 12:25 AM No comments:

Three experienced Seattle musicians come together to fine tune the art of improvisation. Alto saxist Wally Shoup, trumpeter Greg Kelley, and percussionist Greg Campbell integrate adventurous chops with keen ears and a deep sense of the laminal to create spontaneous coherences that move at the speed of response. This combination of far-ranging brass and woodwind textures, coupled with subtly shifting rhythms will perfectly suit the rich acoustical environment of the Chapel. 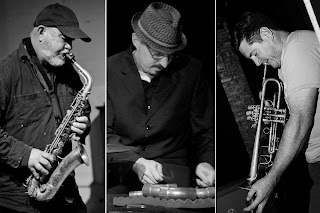 (photo of Greg Campbell by Daniel Sheehan)
Posted by Ordinary Fanfares at 1:01 AM No comments:

Destroy// Seattle is a platform for experimental performance and location-specific collaboration that asks: can a dance be destroyed? Concept artist Leyya Mona Tawil, director of Dance Elixir (Oakland), invites nine Seattle-based dancers and two musicians to collectively build and destroy a dance—all within a single day.

Destroy// began in San Francisco in 2012, and has since traveled to over 19 cities including Saint Petersburg, Rome, Cairo and Athens. Over 100 international artists have participated in the project, and the piece has been featured a numerous art venues including Yerba Buena Center for the Arts and Contemporary Art Institute of Detroit. This performance at Pivot is Destroy// 's Seattle debut.

Pivot Art + Culture is a 3,000-square-foot concept space located on the ground floor of the newly constructed Allen Institute building in the heart of Seattle’s South Lake Union neighborhood. It is an initiative of Vulcan Inc. and Paul G. Allen with a mission to make art accessible to the public.

The Director of Pivot Art + Culture is Ben Heywood, one of the founders and Executive Director of The Soap Factory art space in Minneapolis; he was previously Deputy Director of The Henry Moore Sculpture Trust in Leeds, UK and the officer leading on national public art policy at the Arts Council of England, London, UK.

Pivot is open to the public Tuesday through Sunday 10- 6 pm and Thursday 10-8 pm. Admission is $5, which includes entry to all public programs and events. 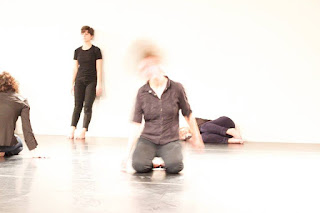 Posted by Ordinary Fanfares at 12:55 AM No comments: