http://www.digitalisindustries.com/foxyd/features.php?which=434
Posted by Ordinary Fanfares at 10:32 PM No comments: 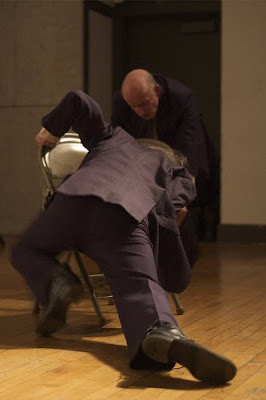 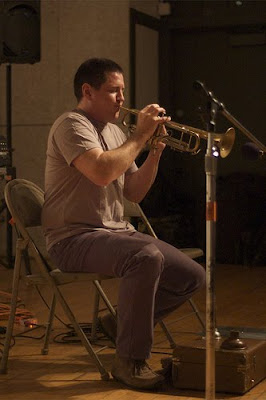 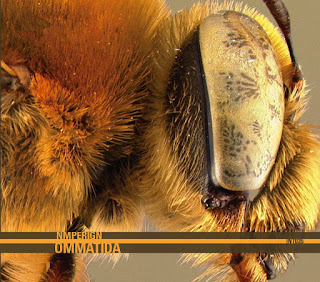 "nmperign are one of the most celebrated and influential bands in contemporary improvised music. Yet surprisingly, more than a decade after their debut, Greg Kelley (trumpet) and Bhob Rainey (soprano sax) have never recorded a studio album as an unaccompanied duo… until now!

The music is spare and peerlessly inventive as always, but the mood remains light and joyful, with a subtle undercurrent of absurd humor. While improvised music can sometimes seem airless and precious, Ommatidia opens the window on a sunny afternoon… the album’s gusts of breath, percussive splatter, and controlled explosions form six succinct pieces that feel alive and vital, while still speaking in nmperign’s utterly unique sonic language. A perfect way in for newcomers and a revelation for long-time fans,Ommatidia is the essential nmperign.
Previous nmperign albums have employed guest musicians – notably close collaborator and tape loop saboteur Jason Lescalleet, but also luminaries such as Gunter Mueller, Axel Doerner, Andrea Neumann, and Burkhard Beins – and subversive or dodgy recording techniques; their 2xLP on Siwa was recorded entirely to micro-cassette and cassette walkman, while an early CD on Selektion was edited from live mini-disc recordings. Intransitive is proud to present the nmperign album that fans have been waiting for: the core duo, beautifully recorded in an actual studio with excellent microphones.
When not making nmperign music, Greg Kelley performs with the aggressively psychedelic noise unit Heathen Shame (along with Wayne Rogers & Kate Village of Major Stars), minimalist chamber group The Undr Quartet, and raucous rock band Life Partners. Rainey regularly tours with folk/pop duo Damon & Naomi and leads The BSC, an eight-piece electro-acoustic improvising ensemble. They live in Boston and New Orleans, respectively.
Limited edition CD comes in full-color digipack designed by Mike Shiflet.
Praise for Ommatidia:
“nmperign have never sounded better!” – The Wire


“The pieces, relatively short, are assembled for maximum impact and, to these ears, carry a higher concentration of mass and solidity than before… more active, guttural…louder than one might expect, but the distribution of weight in each is almost compositional in character, really impressive how balanced they are. Great dynamic and, dare I say it, emotional range is covered over the course of “Ommatidia”’s 38 minutes. Excellent recording.” – Just Outside


“Like with their previous work, Nmperign show they are true masters…The six pieces on this CD are great. Very refined playing, highly free and improvised, but very open, fresh and spacious… Excellent!” – Vital Weekly
Praise for nmperign’s previous albums:
“(nmperign’s) attention to the architecture of improvisation, control over a huge palette of sonic material, and ability to explore the extremes of music-making with subtley and wit mark them as two of the most original thinkers in free improvisation today.” – The Boston Phoenix


“There’s an everlasting debate on just what to call the type of improv nmperign practice, and there’s no one term that seems to please everyone… whatever you might want to call it, nmperign have been at the forefront of the style for years.” – Dusted Magazine
“nmperign is one of the brightest stars in the increasingly splattered experimental/improv/noise/whatever constellation. Both open-eared and tirelessly self-critical, Kelley and Rainey create uniquely restless, spiny microcosms from rusty sputters and metal-on-metal scrapes, guided by an aesthetic as open to Wolf Eyes’ graveyard lurch as it is to Lachenmann’s atomized instrumentalism.” – Stylus Magazine
“They are an East Coast duo pushing the envelope of the genre to the end of the earth and flicking it off the edge… “ – Tiny Mix Tapes


“It would be nonsense to call this music ‘minimal’; on the contrary, their way of making music refines our senses and gives precision to a double movement of internalization and openmindedness. So space is opened and landmarks disappear.” – Improjazz"
Order now: http://intransitiverecordings.com
Posted by Ordinary Fanfares at 11:32 AM No comments: