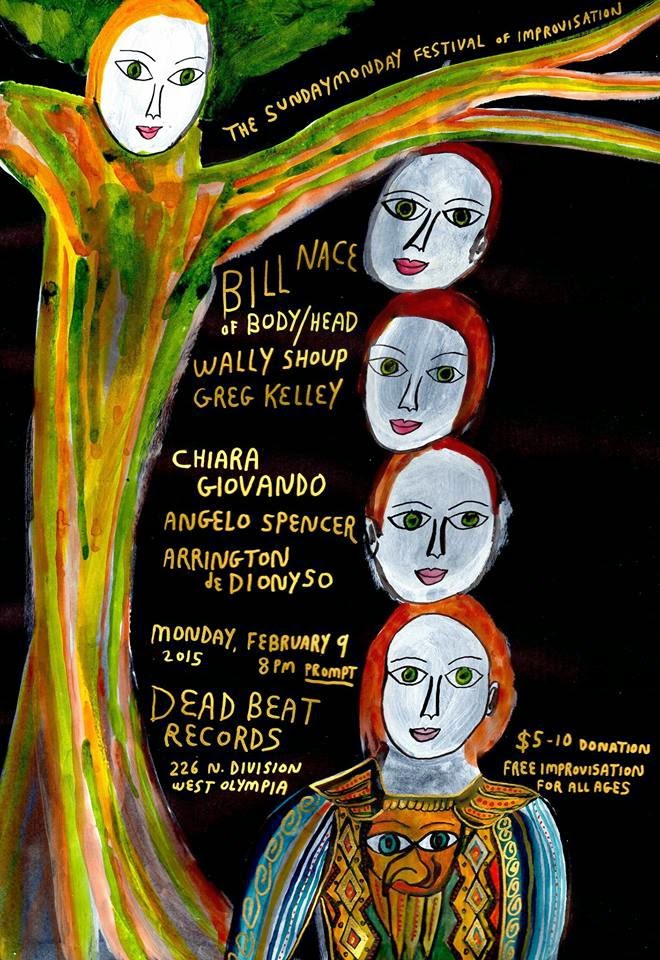 Posted by Ordinary Fanfares at 2:17 AM No comments:

After our 2nd duo gig together, Bill Horist & I decided to come up with a name. After some back and forth, we settled on Kestrel. We are not the 1st Kestrel. In 1975, a UK symphonic rock band of the same name released an eponymous LP, which was to be their sole contribution to recorded music. Guitarist Dave Black subsequently put in some time as David Bowie's guitarist. There is also a black metal Kestrel from Oregon who released 2 cassettes, one of which was released in 2011, the other of which saw an "unknown" release date. Adding to the musical cornucopia de Kestrel are a Kate Kestrel, a Bastard Kestrel, an American Kestrel and various plural Kestrels which are of no import to this conversation. A Kestrel Vintners from Woodinville, Washington, is likely worth investigating.

Our Kestrel christening will take place on Friday, January 23rd at The Blue Moon, the occasion being a  CD release party for The Spider Trio featuring the inimitable Wally Shoup on saxophone, guitarist Jeffrey Taylor (of Climax Golden Twins) & drummer Dave Abramson (of Grails, Diminished Men, Master Musicians of Bukkake). Wally asked Bill & I to play and thought it might be interesting if we played with a drummer for the occasion. As it so happens, my Boston colleague, percussionist Chris Strunk, will be in town at the time and will be joining Kestrel for this performance. Chris divides his time between the free improv (ie Deleuzer, Avoidance, Taps, Quits) and punk rock (cf Baja Blatz, Phantom Rides, Vile Bodies, Conversions) worlds.

Rounding out the evening will be Justified Remains featuring guitarist Simon Henneman (of Diminished Men), bassist John Seman and drummer Mark Ostrowski (the latter two of Monktail Creative Music Concern and heard here in Hound Dog Taylor's Band with the above Jeffrey Taylor). 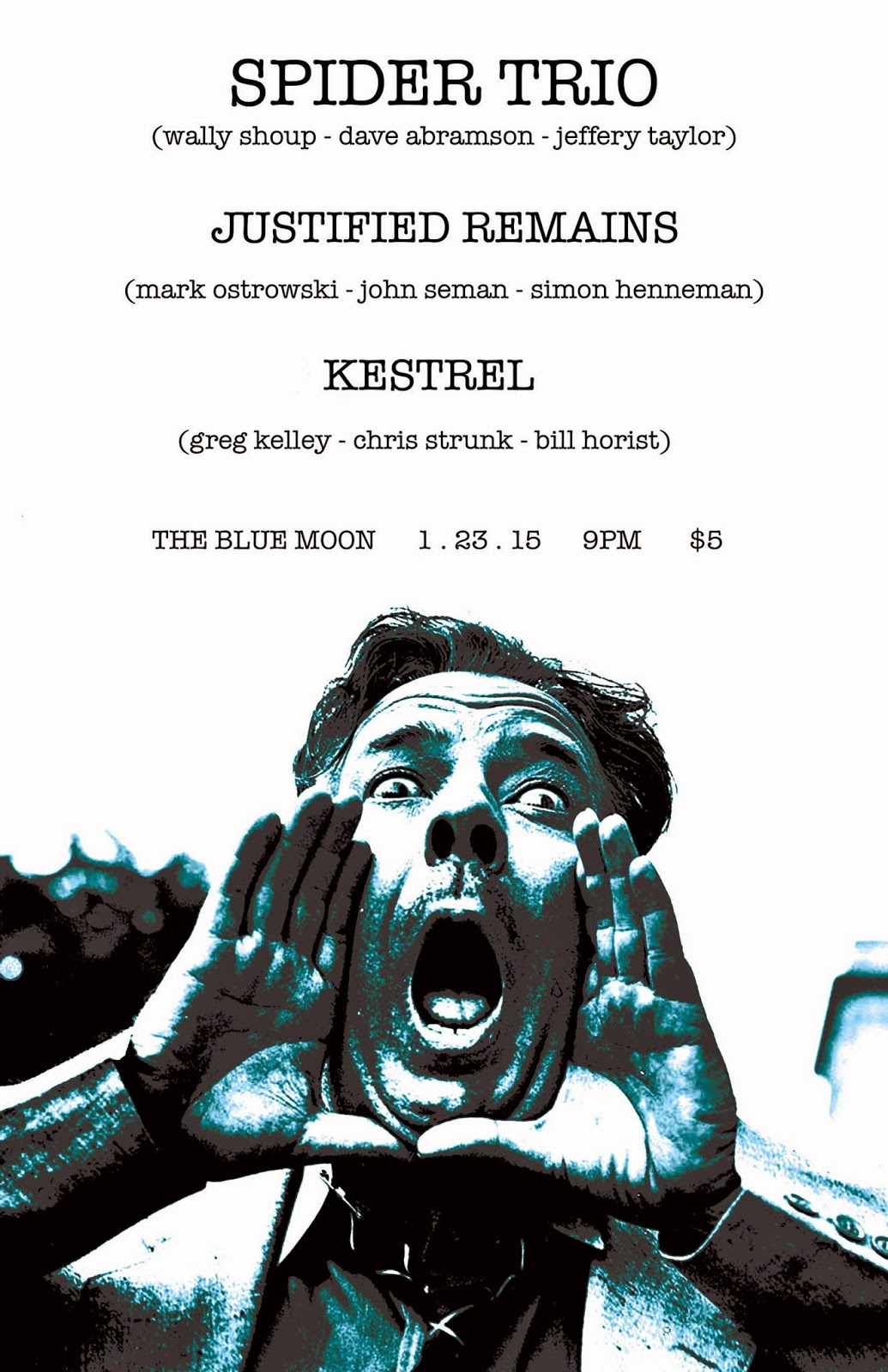 Posted by Ordinary Fanfares at 3:18 AM No comments: